The site vinyesmortitx.com uses cookies. If you continue browsing you accept it's use.

Walking in the Sierra de Tramuntana.

Viñas Mortitx offers the possibility of taking part in these 2 medium level excursions in the Serra de Tramuntana Mountains. One will take us to “Ses Basses de Mortitx” and the other to the ”La Cova de Ses Bruixes 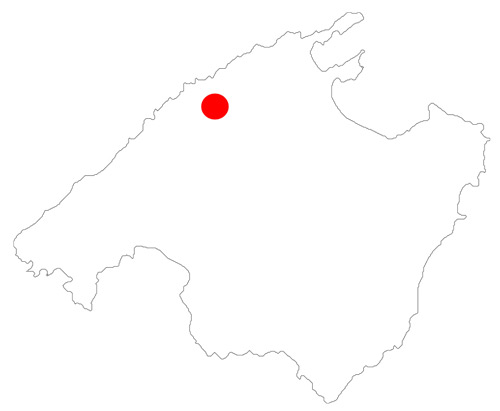 ACCESS:
The excursion begins at the turning for Mortitx, at Km 10,9 on the C-710 road from Pollença to Lluc.

Ses Basses de Mortitx is a high plateau, supported by a high cliff ledge above the sea, in a remote and lonely corner of the Mallorcan northern Tramuntana. It is a part, albeit a tiny part, of this wonderful area, with its solemn and grandiose landscape and indescribable, wild beauty, flanked  to the east by the high valley of Ariant which marks the edge of the Ternelles Mountains; and to the west by the twin peaks of Puig Caragoler of Femenies and Puig Roig, and to the north by the sea.  A sea is of such intense blue, which, seen from the highest crags that silhouette this coastline, seems static. Ses Basses, a quiet spot formed by the triple crests of Puig Caragoler of Femenies (920m), Puig Ses Moles (760m) and Puig de Ses Parade. The distance between the Cases de Mortitx and Ses Basses is short and and the road is wide. 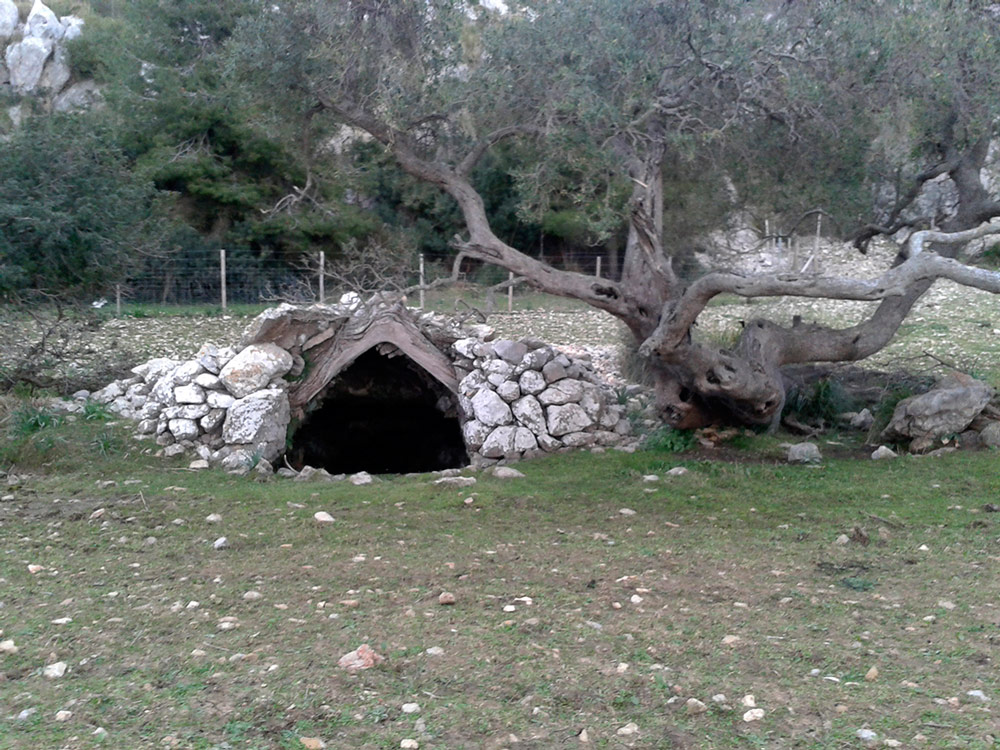 ACCESS:
The excursion begins at the turning for Mortitx, at Km 10,9 on the C-710 road from Pollença to Lluc.

DIFICULTY:
Medium
RECOMMENDATIONS:
Take a specialised guide (mondaventura)
Take water and a camera.
DURATION:
A bit over 2 and a half hours.

This route from Mortitx to Sa Caleta take you to the spectacular Witches Cove (Cova de les Bruixes) on the majestic northern coast of Mallorca, between the formidable mountains of Puig Roig-Caragoler and Ternelles.
Mortitx is at Km 10,9, on the left hand side of the road from Lluc to Pollença. A perfect place to enjoy a small break for breakfast is on the edge of the vineyards and lunch by the solitary Rafal de Ariant, or by a nearby fountain. 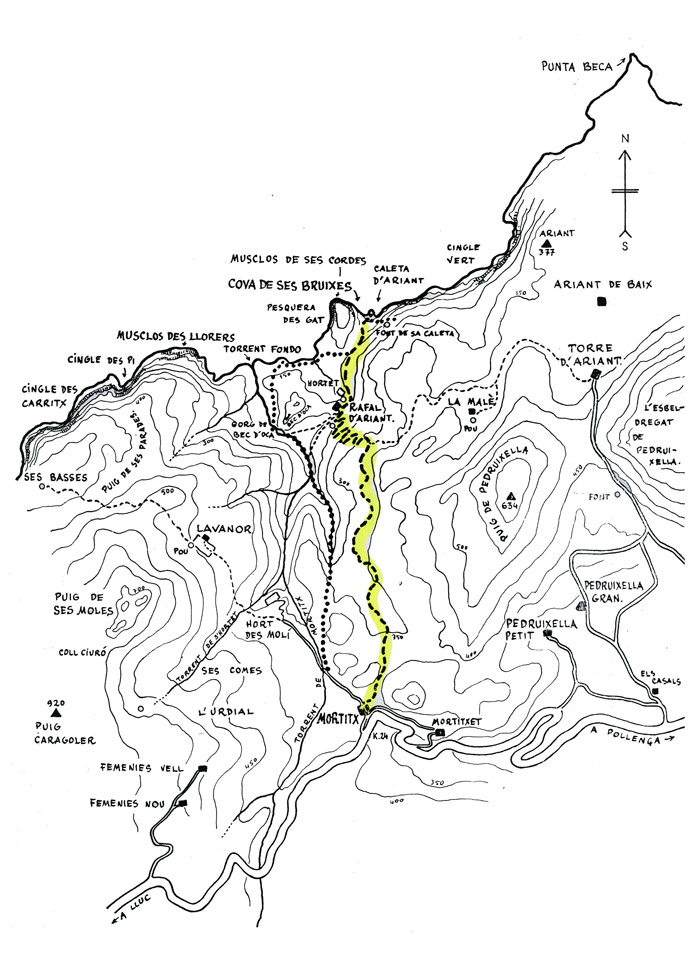